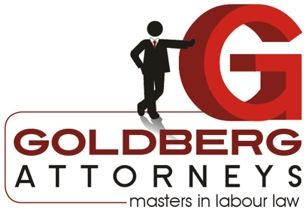 Boteng Maluke is willing to take on any matter. She is a bright, astute upcoming attorney who is willing to learn. She takes on life's experience. She has an excellent temperament and is conscientious and forthright. Give her your matter, and she will take it to the next level.

Another case of sexual harassment goes on Review. The employee thought that he could get away with a bearded kiss and a hug from a colleague in an elevator by setting out that he was provoked by her complimenting him about his beard and that she did not complain. It seems that we live in a society that will not change. What do you think? #hr #workplace #employmentlaw

On a Friday afternoon after work, Ms S took the elevator to the basement parking to go home. Mr Umlaw was also in the elevator, and he rubbed his beard on her, hugged her and kissed her. The CCMA found his dismissal for sexual harassment to be procedurally and substantially fair.

At the Labour Court, Tlhotlhalemaje J considers Mr Umlaw’s review application and discusses the circumstances of the incident and the effect on Ms S; the version of Mr Umlaw and his accusations against Ms S. The application to review and set aside the CCMA finding is dismissed.

"[24] The most disconcerting part of this entire incident is that the applicant failed at
the time and even in these review proceedings, to appreciate the enormity of
the consequences of his reprehensible conduct. He had persisted with his
contentions that Ms S had not complained, or pushed him away. He further
alleged that throughout that episode Ms S was ‘warm’, and ‘smiling’. In these
proceedings, the applicant further added that she was ‘in a good mood’, and
‘did not say anything. He further submitted that when he wrote his statement
after the incident, he merely sought to explain his version of events, and did not
want to paint a picture that Ms S had ‘asked for it’, hence he insisted that she
did not ‘protest’. Clearly the applicant’s approach and misreading of Ms S’
response to his conduct at the time it took place and subsequent thereto, is in
line with the typical misogynistic, and patriarchal alpha male, who holds the
view that females are there at his disposal and for his pleasure. To say that this
approach is perverse is indeed an understatement."

"[32] In the end, I am satisfied that in terms of his duty to deal with the matter with
the minimum of legal formalities, the Commissioner afforded the parties a full
opportunity to have their say in respect of the dispute; properly identified the
dispute he was required to arbitrate; understood the nature of the dispute he
was required to arbitrate; dealt with the substantial merits of the dispute; and
most importantly, arrived at a decision that another decision-maker could
reasonably have arrived at based on the evidence that was placed before him."

And in respect of costs:

"[33] SAICA sought an order of costs. I agree that this matter ought to have seen its
end at the CCMA. The applicant had however persisted with this review, in
circumstances where the Commissioner’s findings are unassailable, and where
he ought to have fully taken stock and reflected on his conduct and the
consequences thereof. He hopelessly failed to do so, and had instead persisted
with his almost self-righteousness approach. To even proceed in this matter
and cast aspersions on Ms S as to why she laid a complaint against him, and
further mount a personalised attack on her in these proceedings is inexcusable,
especially after what he had done to her as per his own version.
[34] This Court is ordinarily loath to order costs against employees who lost their
jobs and are self-representing in review applications. The Court’s reluctance to
order costs against such litigants cannot however be extended to
circumstances where employers are compelled to defend hopeless and
meritless review applications, and where this Court’s processes are abused.
This is one of those cases, and in my view, the requirements of law and fairness
dictate that the applicant be burdened with the costs of this application, albeit
on a limited scale."

In employment matters, costs do not follow the result. A court is conferred with a discretion and is required to consider the considerations set out in s 162 of the LRA when exercising it. In addition, the court is required to perform a balancing act, whereby it strikes a fair balance between, on the one hand, not unduly discouraging prospective litigants in the employment sector from approaching the court in pursuit of relief and, on the other hand, permitting prospective litigants from bringing frivolous cases before the court. Finally, a court must ensure that it exercises discretion judicially before mulcting a party with an adverse costs order.

“The defining feature of workplace bullying allegations is the power imbalance between the bully and their target, which is exacerbated if the employer is also the bully. Mediation in such conditions is likely to reinforce the dynamic and worsen the situation, as it would in the domestic violence context already discussed. Meanwhile, reaching a constructive outcome jointly between parties is the hallmark of mediation – that is, it involves a compromise and a desire to settle. A bully is unlikely to have this aim but instead views the mediation as an opportunity to manipulate the target further. Furthermore, the target is likely to be further disempowered and unlikely to reach a favourable outcome because of a lack of capacity to negotiate with the bully.” 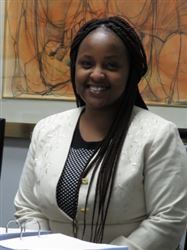