Carla studied law at Stellenbosch University where she obtained her LLB degree in 2002 and furthered her studies at the University of Cape Town's School for Legal Practice where she received the Dean's award for the best student in Business Management and Administration.

She joined the litigation department at Van der Spuy & Partners as a candidate attorney during 2003 where-after she decided to pursue a career in property and commercial law.  She was admitted as Conveyancer during 2005 and currently specializes in sectional title schemes, security estates and developments, subdivisions and consolidations as well as commercial contracting.

Carla became a Director during 2020 and heads up the Conveyancing Department of the firm, mainly assisting estate agencies and developers and is actively involved in the marketing of the company. 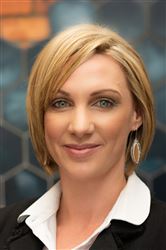