Mr. van Zyl is an admitted attorney and conveyancer and specialises in property law, property developments, commercial law, tax law and all matters relating to estate planning and trust law.

Mr. van Zyl studied at the University of Pretoria and obtained the B-Proc degree in 1995. He was admitted as an attorney and conveyancer to the High Court in 1996 and further obtained the post graduate Advance Taxation qualification at the University of South Africa in 1997. Mr. van Zyl started his own practice in 1998 under the now defunct JL van Zyl Attorneys and Associates.

As a practising attorney Mr. van Zyl has distinguished himself as a property specialist. As confirmation of the financial industry's trust in Mr. van Zyl, his firm was appointed as a panel attorney of Nedbank, Absa, FNB, Standard bank and the Bank of Taiwan. His firm served on the preferred panels of Absa Private Bank as well as First National Bank.

Mr. van Zyl has a broad client base comprising of property developers, investors and BEE empowered companies, and thereby will unlock various opportunities to any company wishing to excel in the residential and commercial property market. His knowledge of the intricacies of the property industry has distinguished him as a valuable asset to the firm.

Mr. van Zyl is also an admitted solicitor in the UK and Wales (non-practicing) and has settled various international commercial agreements in the IT, mobile, mining, clothing and franchise industries. 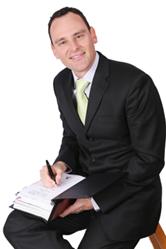