Steven was born in Elliott on 10 March 1955. He is married to Bonita and they have two children, Shaun and Lisa. Steven attended Vincent Primary School and then Selborne College from 1968 to 1972 when he was a Prefect in his matric year. He was a first team rugby player in 1971 and 1972 and was selected for the Border Craven Week side. After school he played provincial rugby for Border. He also played first team rugby at Rhodes University from 1976 to 1979.

Thereafter during his two years military service he attained the rank of First Lieutenant.

He has specialised in litigation and particularly in matrimonial, MVA and commercial litigation. He has in the past served as Secretary, Vice President and President of the East London Attorneys Association. He has also served on the Attorneys and Advocate's Liaison Committee. Steven is a keen rock and surf angler and hunter.

He was a member of Round Table for a number of years and filled the position of Secretary, Vice Chairman and Chairman. He has served on the Governing Bodies of the Clarendon Preparatory, Primary and High Schools.

He has gained considerable experience in Arbitration, having attended a course presented by the East London Attorneys Association. He was a member of the Arbitration Foundation of South Africa and was instrumental in the formation of the now defunct Border Association of Arbitrators. He has acted as Arbitrator in matters and has appeared in numerous Arbitration matters.

He has also acted as Mediator in matrimonial matters. 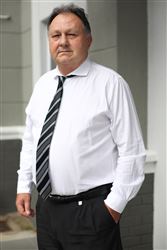