Please mention attorneys.co.za when contacting us

Situated in Pretoria, Gauteng, Shapiro & Ledwaba Incorporated is one of the leading Divorce and Family Law practices in the country. We have been involved in numerous cases which have had a direct and permanent impact on South African Law.

ALLY v DINATH 1984 (2) SA 451 T. In this case, our client alleged that she and the Defendant had lived together as man and wife for 15 years in an Islamic relationship. They had shared a joint household and had pooled their assets, income and labour for their joint benefit. In so doing they had entered into a universal partnership. The relationship had broken down irretrievably and our client sought a decleration that a universal partnership existed, an order dissolving the relationship and the appointment of a receiver to wind up the partnership. The Defendant took exception to our client's claim resulting in the Court holding that community of property could take place tacitly and such community could be created by conduct and resulting in the dismissal of the Defendant's exception, with costs.

SCHWARTZ v SCHWARTZ 1984 (4) SA 467 A. In this case the Court found that in determining whether a marriage has reached such a state of disintegration that there is no reasonable prospect of the restoration of a normal marriage relationship between the parties, it is important to have regard to what has happened in the past, ie the history of the relationship up to the date of trial, and also the present attitude of the parties to the marriage relationship as revealed by the evidence at the trial and that it is not legitimate or indeed logical to determine whether or not a marriage has broken down irretrievably by reference to what would or might occur if and after a decree of divorce has been refused on the ground that irretrievable breakdown of the marriage has not been established.

HAVENGA v HAVENGA 1988 (2) SA 438 T. In this case, the marriage of our client and her husband was dissolved in 1986 and a consent paper was incorporated in the order of Court, clause 5 whereof provided that our client's former husband, pending the decision of a maintenance Court, would pay our client maintenance in an amount of R400.00 per month, that both parties would be entitled to apply to a maintenance Court in terms of ss 4 and 5 of the Maintenance Act 23 of 1963, and that it would not be necessary for the parties to prove any change in circumstances prior to such an application being brought. To cut a long story short, after the validity and/or enforceability of this clause was challenged, same was upheld by the Court resulting in such clause becoming known as a Havenga clause and resulting in the use thereof becoming relatively common.

MARTENS v MARTENS 1991 (4) SA 287 T. In this matter the Court found that a South African Court, within whose jurisdiction the minor children reside or are present, the custody of whom is in issue, is not bound by foreign Court orders relating to the custody of the children in question, that the function of the Court is to establish what is in the best interests of the children and to make a custody order accordingly and that the Court has to form an independant judgment on the evidence before it and, in the course of doing so, will give only such weight to a foreign custody order as the circumstances might justify.

WIJKER v WIJKER 1993 (4) SA 720 A. In this matter, the Court found that in determining whether, if an order for the forfeiture of the patrimonial benefits of a marriage is not made in terms of s 9(1) of the Divorce Act 70 of 1979, the one party will in relation to the other be unduly benefited, it is obvious from the wording of the section that the first step is to determine whether or not the party against whom the order is sought will in fact be benefited. That will be purely a factual issue. Once that has been established the trial Court must determine, having regard to the factors mentioned in the section, whether or not that party will in relation to the other be unduly benefited if a forfeiture order is not made. Although the second determination is a value judgment, it is made by the trial Court after having considered the facts falling within the compass of the three factors mentioned in the section. It is only after the Court has concluded that a party would be unduly benefited that it is empowered to order a forfeiture of benefits, and in making this decision it exercises a discretion in the narrow sense. It is difficult to visualise circumstanses where a Court would then decide not to grant a forfeiture order.

DE WITT v DE WITT 1995 (3) SA 700 T. In this matter, the Court found that the jurisdiction of the maintenance Court was derived from the fact that there was a "maintenance order in force" as intended in s 5(4)(b) of the Maintenance Act 23 of 1963, and not from the fact that the applicant was "legally liable" to maintain the respondent, and that consequently the maintenance Court has jurisdiction to substitute or discharge the panding order.

HASKINS v WILDGOOSE & OTHERS 1996 (3) ALL SA 446 T. Application was made for access to an illegitimate son. After launching of proceedings, mother of the child gave the child for adoption to her parents. However, the Court held that the father had always taken an interest in the child and that, given the oppertunity, he would continue to do so which the Court saw to be fit with the best interest of the child and awarded access.

ROWE v ROWE 1997 (4) SA 160 A. In terms of an agreement of settlement in a divorce order, the appellant was awarded custody of one child, but ordered to pay the medical, tuition and boarding fees and expenses of the other two children, whose custody was awarded to the respondent. After the divorce the appellant commenced further proceedings against the respondent, claiming that the respondent had induced him to sign the settlement agreement and to obtain a divorce in terms thereof by fraudulently representing to him that he had fathered two of the children, that he had consequently cancelled the agreement and that, by virtue of the respondent's fraud, he was entitled to the recission of the decree of divorce in the form in which it was issued. The Court held that a party was entitled to resile from any agreement on account of the other party's fraud and that the fact that the agreement had been made an order of Court had a nugatory effect on the right to resile.

SETUKE v SETUKE. This is an unreported judgment of ours on forfeiture which was delivered in the Mahikeng High Court on 29 June 2012. To read this judgment, merely google same.

In addition to the two directors of our company, we have two associates and two professional assistants, all of whom are duly admitted and qualified attorneys in our employ.

These professional assistants are: 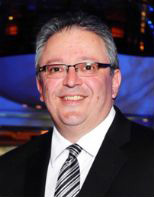 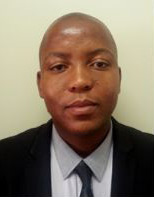