Mohamed specialises in commercial litigation and has a particular interest in judicial reviews, administrative law, competition law, litigation and medical schemes law. He has been involved in many high-profile litigation matters representing large corporations, banks and the Competition Commission. He is well respected both locally and globally for his contribution to the advancement of the legal profession and the Rule of Law. In 2009 he was appointed for a two year term as President of the Commonwealth Lawyers’ Association (CLA) which represents lawyers’ associations in 53 countries – the first South African to achieve this.

Some of Mohamed’s achievements and experience include: 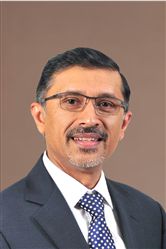