Ziyaad hails from the Western Cape where he grew up in Mitchell's Plain. After matriculating in 2000, Ziyaad pursued and obtained his LL.B degree. at the University of the Western Cape in 2005.

Since his student days he had special interest in labour and employment law. Wanting to gain effective litigation skills and Court experience to be a well rounded Attorney, he completed his articles at the Legal Aid Board of South Africa during 2006-2008, where after he was admitted as an Attorney on 11 April 2008.

At Legal Aid Ziyaad focussed exclusively on criminal law and litigation in both district and regional courts and given his work ethic and passionate approach to his clients' matters, was retained at Legal Aid as an Attorney after admission, before moving to the private and corporate sector when he was respectively  recruited by two of South Africa’s largest labour and employment law consultancies and Employer’s Organisations. Here he offered specialised advice and assistance on all aspects of labour and employment law and represented clients (both small and large businesses) at various legal forums, including the CCMA and other bargaining councils in the Western Cape.

With one of his goals always being to start his own firm, Ziyaad took up Partnership at a well-known law firm in Bellville / Durbanville during 2011 to 2019, before eventually branching out to his own firm Dollie Attorneys Inc.

Ziyaad advises and represents both individuals and businesses and in addtion to labour and emplyment law and criminal law and defense, his legal experience also extends to various other areas of law some of which include family law (divorces and maintenance), Domestic violence and protection orders, Harassment Orders, evictions, Wills and Administration of deceased estates and general civil law and litigation.

Ziyaad is passionate about his clients and their matters and is not afraid to strategically and tenaciously take on any legal challenge to achieve the desired result for his clients, whilst still remaining true to his core values of being honest, reliable, compassionate and striving to maintain the highest standard of integrity.

On a personal level, Ziyaad has a special interest in politics and loves sports and spending time with family and friends. 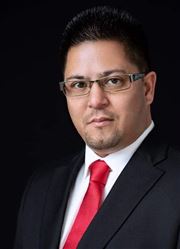