Mr JRG Polson has extensive experience in most areas of the South African Law. He specialises in banking law, tax law and mining and mineral law. Mr Polson drafts commercial contracts such as shareholders agreements, lease agreements, commercial sale of property agreements, sale of shares agreements and the like.

Mr Graeme Polson advises on all aspects of company law, including the effects of tax liabilities on businesses and effective avoidance thereof but not the evasion thereof!

Mr Graeme Polson is the attorney of record in many commercial litigation cases and represents commercial clients in court. He was also appointed as Acting Judge on many occasions, after an extensive career of over forty years as an attorney and commercial litigant.

Mr Graeme Polson is fond of studying and exploring non-conventional areas of law, such as space law and the effects thereof on commercial life and the international trade and commerce. Mr Polson can advise on most aspects of private law and family law. 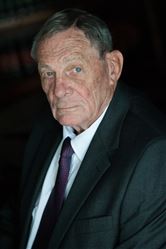