Sakhile has a LLB degree from the University of South Africa. Initially attracted to the legal profession by a strong belief in justice for all and a desire to know the legal implications and remedies of any given situation, Mr Sibeko commenced his service as a Candidate Attorney at Shapiro & Shapiro Incorporated and later moved to be employed at Bert Smith Incorporated, both in Tshwane.

After his admission as an attorney, he stayed for a brief while at Bert Smith Inc and then went on to establish SM Sibeko Attorneys. Sakhile has established a solid foundation in the fields of family law, general civil litigation, contract law and property law and has further assisted many clients in those areas.

Sakhile has appeared on national television and radio, discussing property law and related matters. Mr Sibeko has also facilitated workshops for various institutions around Gauteng on issues pertaining to family and property law. 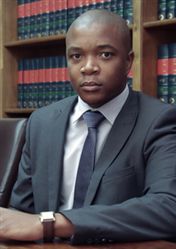