He also completed an Advanced Diploma in Labour Law (RAU) and a Diploma in Tax Practice (RAU).

He was admitted as an Attorney in 1995, as a Notary in 2001 and as a Conveyancer in 2005.
He commenced his legal career as a candidate attorney at Greyvensteins Nortier in Port Elizabeth.

He was appointed as a director at Greyvensteins Nortier at the end of 1997 and became a shareholder during the following year.

His practice at Greyvensteins Nortier developed from a High Court litigation practice to a commercial practice where he specialised in the negotiating and drafting of agreements and also attended to the conveyancing which often followed from these transactions.

In 2006 he resigned from Greyvensteins Nortier to pursue a lifelong dream of a cross continental journey from South Africa to the United Kingdom by road.

Whilst travelling he decided to establish a smaller law firm, focussing on commercial and property related matters, which lead to the opening of DTS Attorneys during November 2006.

He is also actively involved in the management of his own property portfolio, comprising of approximately 30 properties. 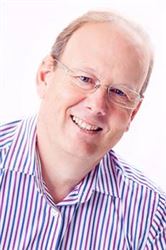