Jan graduated from Stellenbosch University in 1994 with a B Comm (Law) degree. After a working tour of Europe the following year, Jan joined De Beer and Claassen Attorneys in Sasolburg. He completed his articles in 1998 while studying a B Proc degree at the University of South Africa, and was admitted as an attorney in March 1999.

Jan joined Miller Bosman Le Roux Hill the same year as a professional assistant and became a director in September 2001. His specialities include civil litigation, collections, and wills and estates. He is in the process of completing a Certificate in Deceased Estates at the University of South Africa.

Jan’s personal interests include photography and waterskiing. He and his wife Kari have two children, Phillip and Lineke. 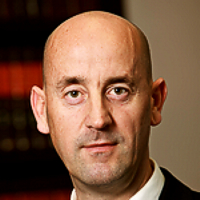