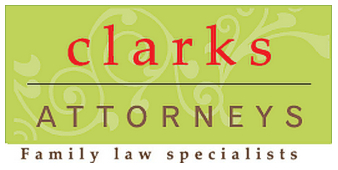 Beverley Clark has a BA in Psychology and Drama from UCT, an Honours degree in Criminology, also from UCT, and an LLB from WITS. She was active in student politics and community work, was on the UCT Students' Representative Council, and was President of SHAWCO, one of the largest student welfare organisations in the world.

She practised at Bell Dewar and Hall for 5 years, from 1992 to 1996 (including her articles), concentrating first on Human Rights law and later on High Court litigation. When her daughter was born in 1996, she decided to start practising for her own account so as to be more flexible during her children’s early years. She chose to specialise in family law due to its dynamic and ever-changing nature, her passion for this field of law, and the high degree of personal interaction involved in family law.

She is a qualified and experienced divorce mediator and has mediated many intensely difficult and acrimonious divorces and separations. She is also trained in collaborative law, a new field in South Africa which will undoubtedly be the way of the future for divorcing couples.

Beverley is a tough and strategic litigator, but also brings a particular warmth and empathy into every attorney-client relationship. She cares deeply about her clients, and understands that they are, in most cases, experiencing one of the most painful events of their lives. She sees divorce, however, as a normal human transition, which should be managed as such, so that it leads to a restructured family, rather than a shattered one. This is the goal and mission of Clarks Attorneys.

Beverley is the Chairperson of the Gauteng Family Law Forum (GFLF), a voluntary association of lawyers in Gauteng. The GFLF's mission and vision is inter alia to identify, discuss and provide practical solutions to the problems practitioners face in practice in order to initiate and promote reforms and improvements in the branch of family law, the administration of justice, the practice of family law and in draft family law legislation.