Albertus Kleingeld, widely known as the go-to commercial lawyer in Lesotho, has an impressive resume. With a passion for Information Technology, Albertus initially launched his career in the IT sector before embarking on a legal career at Debtpack, a joint venture with PriceWaterhouseCoopers, in debt collecting for the Department of Education in the Free State Province of South Africa.

Albertus returned to South Africa in 2010 and joined Hattingh Marais Attorneys in Bethlehem as a specialist in civil and criminal litigation.

In 2012 he joined Webber Newdigate, the largest corporate law firm in Lesotho and its sister firm in South Africa, Webbers Attorneys, the oldest law firm in the Free State.  As a department director, his clients included multi-national corporations, government institutions, non-governmental organisations, and private individuals.

In 2017 Lesotho became the first African country to legalise cannabis for medical purposes, and due to Albertus’ advisory role in this regard, he is today widely considered as a pioneer in this industry both in Lesotho and South Africa. He has advised more than 26 multi-national companies on Cannabis Law, the regulatory framework, and the commercial application thereof.

In 2018, Albertus accepted an invitation to speak at the Diasporic Alliance Conference for Cannabis Opportunities (DECO) in Philadelphia, USA, for the promotion of cannabis opportunities for poor and marginalised black communities. As one of the founding members of the Phekoana Cannabis Association of Lesotho, all the initial meetings of the Association were chaired by him.

He is rated in Chambers and Partners and is described as “a key member of the firm's commercial and litigation practice group, frequently mandated on corporate governance concerns and court cases. He is also an adept practitioner in Cannabis Law. One client noted: "We find him very helpful and proactive on a lot of things," while another source described him as "a great guy – I enjoy working with him and his team. He is also valued for his skill in government negotiations.”

Albertus regularly acts as a litigator in the Magistrate's Court and High Court in South Africa and the High and Commercial Court in Lesotho and advises on commercial and corporate matters, including the formation of corporations. His specialist legal services include Computer and Internet Law, Cannabis Law, Commercial, Corporate, and Business Law. His extensive experience in Lesotho and South Africa spans across various sectors including: 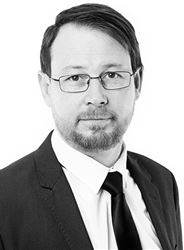