Gérard du Plessis is a senior partner of the firm and has served as the Chairman of Adams & Adams from 2013 to date. Prior to that he also served for a number of years as Trade Mark Department Co-Chairman (litigation). He specialises in litigation relating to trade marks, copyright, unlawful competition, domain names and advertising law. He is responsible for the trade mark portfolios of many multi-nationals and South African companies in Africa and throughout the world. Some of his key clients include Comair Limited, Sasol Limited, Yum! Brands, SARS and Beiersdorf AG. He is regularly quoted in local publications and interviewed on radio regarding IP developments, both in South Africa and throughout Africa. He is a sought-after speaker both in South Africa and at international IP conferences, most recently the BRICS IP Forum in London, UK in 2016 and at the University of Johannesburg’s annual IP conference.  He regularly attends INTA and Marques conferences. Gérard has published numerous articles on IP and is a co-author of the Lexis Nexis publication Practitioner’s Guide to Intellectual Property Law. He lectures on IP to LLM students at the Adams & Adams IP Centre at the University of Pretoria. He has been practising in the field of intellectual property law since 1995.

Gérard has been internationally recognised in peer-selected reviews such as:

He is a member of the Legal Practice Council, a fellow of the South African Institute of Intellectual Property Law (SAIIPL), and past chairman of the Trade Mark Law Committee of SAIIPL. He also served as a Council Member of the SAIIPL Board.

Gérard obtain his BLC LLB degrees from the University of Pretoria in 1992 and 1994. He was admitted as an attorney in 1995 and qualified as a trade mark practitioner in 1998. 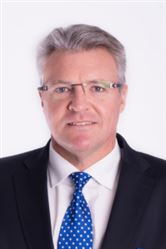