Mxolisi Zwane is a Senior Legal Practitioner and innovative business leader who specialises in corporate governance, business restructuring and project management. Mxolisi Zwane was admitted as an Attorney of the High Court of South Africa in 1997.

His experience as an astute litigator representing many high profile companies and individuals in criminal, commercial and civil and constitutional matters spans more than 20 years.

Aside from appearing as an attorney in the Magistrates Court, Labour and High Courts, Zwane was granted the right of appearance in 2007 for the High Court, Supreme Court of Appeals as well as for the Constitutional Court.

Prosecutor of the Premier Soccer League’s Disciplinary Committee, acting as chairperson of the Gauteng Gambling Board and serving on the National Lotteries Commission Distribution Agency.

Mr Zwane is a member of the International Masters of Gaming Lawyers. He has completed a number of short courses with the International Centre for Gaming Regulators at the University of Nevada, Las Vegas on Gaming Law, Sports Betting and Online Gaming.

His academic qualifications include:

In addition, Mxolisi Zwane has received the following certificates:

With his no-nonsense analytical approach, Mxolisi Zwane has consistently excelled at achieving successful organisational turn-around initiatives in both public and private sectors.

Having served in the private sector, Zwane’s ability to combine commercial insight with a focused management style enhances his understanding of how to help organisations progress and achieve tangible business results. Zwane has managed, chaired and turned around a number of organisations including the following: 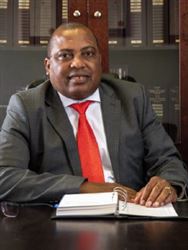