She was admitted as an Attorney in 2011 after completing her articles at the Bloemfontein law firm, Hill McHardy & Herbst Inc. She was also admitted as a Conveyancer in 2011 and as a Notary in 2012.

Yvette joined Thomson Wilks Inc. in January 2014 after practicing as an Attorney, Conveyancer and Notary in Bloemfontein for 3 years. She has extensive experience in conveyancing and notarial practice for example the opening of sectional title schemes and townships, registration of bonds and servitudes, transfer of property and the subdivision and consolidation of land. Yvette also has experience in the drafting of contracts and wills. 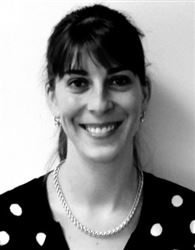