Marguerite is an admitted attorney (LLB) with over 20 years’ experience specialising in insolvency law, corporate recoveries and general commercial litigation. She completed two diploma courses in Insolvency Law and an advanced short course in Business Rescue Practice offered by UNISA and the Law Society of South Africa in 2012. She recently completed training in Commercial Mediation.

She is on the Master of the High Court’s national panel of liquidators and trustees and has been appointed as liquidator nationally since 2001. She often represented trustees and liquidators and was extensively involved in insolvency enquiries and litigation, especially in the Jürgen Harksen enquiry in Cape Town for a period of approximately 5 years at the beginning of her career. She has also been appointed by the Master of the High Court as inter alia Judicial Manager, Executrix, Trustee and Receiver of various companies and estates in the past.

She has extensive experience in corporate litigation and drafting, banking law and litigation and represented major financial institutions, large blue-chip corporates, auditing firms, property developers, home-owners associations, and municipalities in the past.

For the last six years she has been a director on the Board of The Creditors’ Protection Association (“TCPA”), a Non-Profit Association operating within the Fast Moving Consumer Goods (“FMCG”) industry and pharmaceutical credit fields . 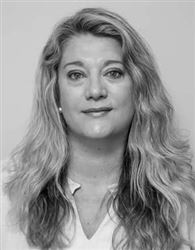