Cobus obtained his B Proc degree in 1999 from the North West University. He did his articles with Venter & Mosdell Attorneys in Carletonville whereafter he joined Laage Schoeman & Stadler in 2001. He was admitted as an attorney on the 31st of July 2001 and became a director of the firm in March 2004. 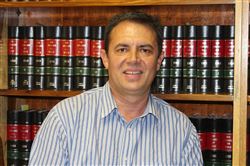