Richan obtained his Bcom degree in 1995 and his LLB degree in 1997 from the North West University. He did his articles with Solomon Nicolson Rein & Verster Attorneys in Pretoria whereafter he joined Laage Schoeman & Stadler during 1999. He was admitted as an attorney on the 27th of January 2000 and became a director of the firm in March 2001. Richan obtained a Masters degree from Unisa during 2004 and was admitted as a Notary Public during 2008. 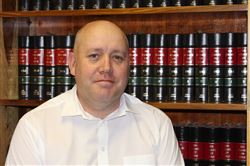