Lauren Carmichael has an LLB from the University of Sheffield, England. She qualified as a solicitor in England and Wales in September 2008. Lauren completed her training contract at the international law firm SJ Berwin LLP, where she worked in the Corporate Finance department, before deciding to pursue a career in family law. In November 2009 she joined Camilla Baldwin, a specialist family law firm in London, where she worked until she moved to South Africa in December 2012.

Lauren joined Clarks Attorneys in May 2013 as an international legal consultant, and has brought enormous value to the firm in the many matters we are involved in with an international angle. She is an extraordinarily meticulous lawyer, and her experience in London, a city often referred to as the “divorce capital of the world”, is invaluable. Outside of work, Lauren enjoys travelling, skiing and running, and ran the London marathon for a cancer charity. 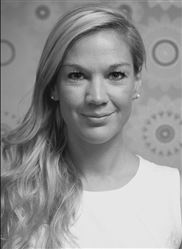