Michelle Jansen obtained her B. Comm (Law) and LLB degrees from the University of Pretoria in 1999 and 2001 respectively.

She completed her articles at Weavind & Weavind attorneys in Pretoria and was admitted as Attorney in December 2002 and as Notary in February 2003. In March 2003 Michelle was appointed as Consultant at the Menlyn branch of PricewaterhouseCoopers Forensic Services where she gained valuable experience in forensic investigations and audits. In 2004 Michelle relocated to Bloemfontein where she was appointed as Assistant Manager at PricewaterhouseCoopers Forensic Services in 2005. She was also admitted as Conveyancer in 2005.

In 2007 Michelle decided to return to Law Practice and was appointed as Professional Assistant in the Commercial Department of Phatshoane Henney Inc. She was mainly involved in the day-to-day management of the Phatshoane Henney Group of Associated Firms and also provided a range of corporate and commercial services with specific focus on Black Economic Empowerment (“BEE”). She has gained extensive experience and knowledge in the field of BEE through assisting corporate, private and institutional clients with general BEE advice, BEE verification assistance, BEE structuring and ownership solutions.

Michelle and her family relocated to Port Elizabeth in 2009 and she was appointed at DTS Attorneys in February 2012 to pursue a successful career in Conveyancing. 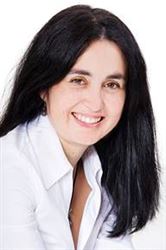